Road design and treatments play a significant role in minimising the severity of injury in the event of a crash.  Safe road design prevents unintended use and encourages safe behaviour by users.

The most common type of serious casualty crash in the metropolitan area is when a vehicle collides with a fixed object, most common objects being struck were trees and poles.

The most common casualty crash types on high speed rural roads is when a driver loses control of the vehicle and leaves the road, hitting a fixed object, or rolls over.

The key strategies for creating safer roads are outlined in Towards Zero Together, South Australia's Road Safety Strategy 2020 and subsequent Action Plans.

The Government of South Australia is addressing a range of priority infrastructure programs to improve road safety.

Black Spot Programs directly target improvements to the safety of roads with proven crash history or high-risk locations and are a vital part of the State's commitment to improving road safety and reducing road crashes and trauma on South Australian roads.

Shoulder sealing is aimed at improving the safety of regional roads by sealing the road shoulder to provide a seal width that allows greater opportunity to recover safely if the vehicle moves from the travelling lane.

A common cause of crashes on country roads is running off the bitumen on to the soft edge then over-correcting steering to the right or braking too hard. Shoulder sealing on rural arterial roads has the potential to reduce crashes by more than 40% by providing additional safety margins when vehicles run off the road because of driver fatigue or errors in judgement.

Factors to determine priorities for roads for shoulder sealing include casualty crash rates, the road function, the density of roadside hazards such as trees or drop offs and the volume of vehicles on the road including the percentage of heavy vehicles. 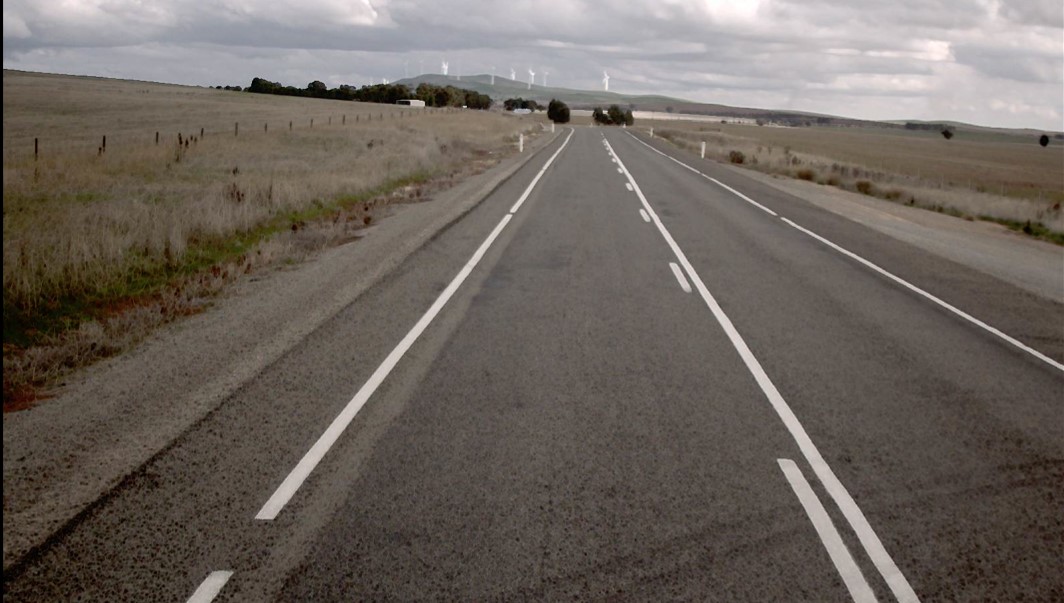 An example of shoulder sealing in rural South Australia

Hitting a fixed object, rollover and head on crashes are the dominant crash types in rural South Australia.  Roadside barriers are used to reduce the severity of each of these crash types.

Wire Rope Safety Barriers (WRSB) were installed on Main North Road, Smithfield Plains, in 2014. The barrier is designed to absorb crash energy with the aim of reducing crash severity compared with a crash involving hitting a tree in the central median.

Another example of WRSB was the installation of 2.3km in the central median on Victor Harbor Road, Willunga Hill, in 2013 and earlier in 2010 on Port Wakefield Road, just south of Port Wakefield.  The wire rope barriers in this instance were installed to reduce the likelihood of head on crashes. 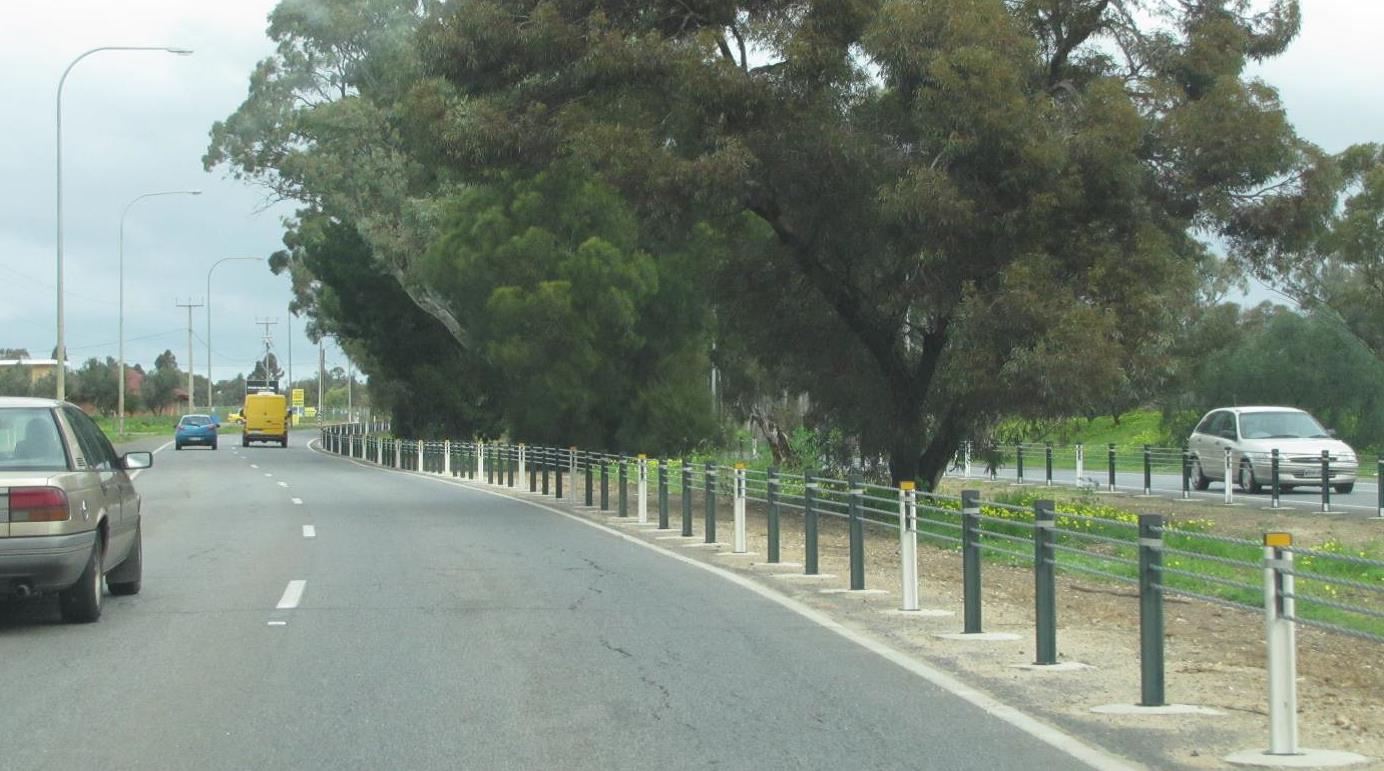 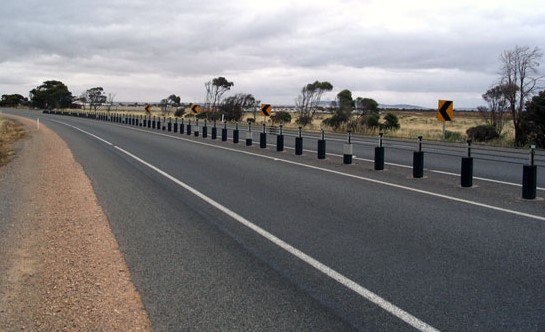 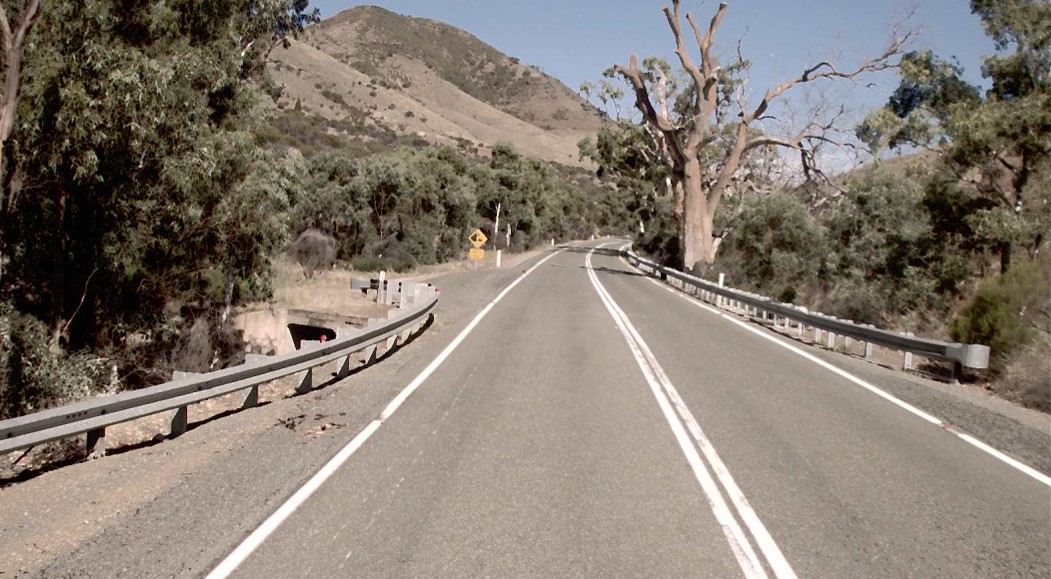 An example of guard rail in rural South Australia

Guard rail, or w-beam, is more often installed on windy roads where roadside hazards are near the edge of the road.  Similarly to WRSB, guard rail is designed to reduce crash consequences by absorbing crash energy.  Motorcyclist safety has also been improved through the use of motorcycle protection on roads in the Adelaide Hills with high motorcycle crash rates.

There are many other rural intersection upgrades, such as channelized right turn lanes at the intersections of Williamstown Road/Springton Road and Tea Tree Gully – Mannum Road and Chain of Ponds- Cudlee Creek Road and more innovative treatments such as vehicle activated signs installed at the intersection of Riverview Road, Pfeiffer Road and Woodside - Nairne Road.

A unique raised platform at the junction of Rundle Street and The Parade West in Kent Town was completed in early 2015, and is the first of its kind on an arterial road in South Australia.  The platform requires motorists to slow down as they enter this junction and works in a similar way to a speed hump, with the key difference being that the entire junction is raised.

The project included the installation of signs alerting motorists to the platform, upgrades to lighting at the junction and improvements to the local drainage system.

Wherever possible, the department works with SA Power Networks to underground power on major projects such as Adelaide’s North-South Corridor and via the PLEC Program to remove a roadside hazard.

Light poles on arterial roads are designed to either slip off at the base or crumple when struck to reduce the impact forces experienced by the vehicle occupants.

Holidaymakers travelling through Port Wakefield over the coming long weekends are being asked to be patient and plan ahead for their journeys, as major project works continue.

Holidaymakers travelling through Port Wakefield over the coming long weekends are being asked to be patient and plan ahead for their journeys, as major project works continue.